As I walked to the media entrance of Bank of America stadium for this year’s annual Fan Fest, I noticed something quite new… 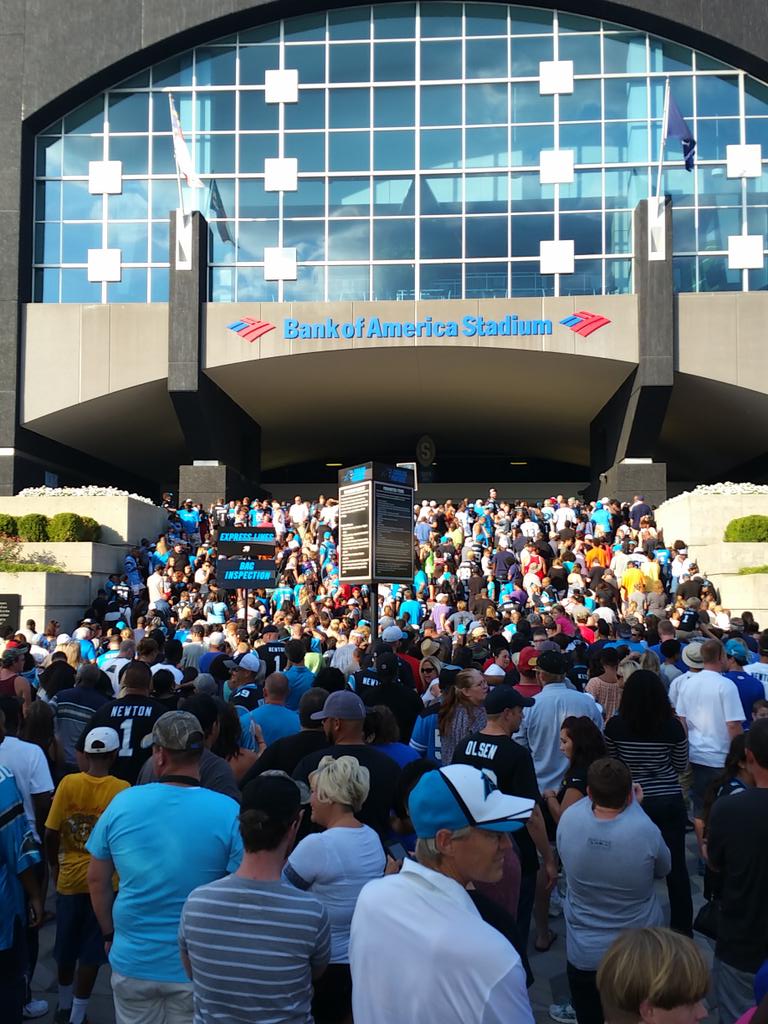 Thousands of Panthers fans were lining up at the gates, well before they opened. In year past you might have seen a few die hard fans hoping for the best seats, but this was something different. This was a game day atmosphere and level of excitement.

Bene Benwikere was once again in pads and practicing.

Also, the football seems to just stick to the hand of Kelvin Benjamin in what can only be described as a form of witchcraft.

Cam Newton rushed onto the field, energized by the huge crowd that watched his every move in admiration.

Devin Funchess seemed to be in awe of the atmosphere at times.

The Panthers then went on with a light practice in front of the crowd. The practice was scaled back quite a bit, probably due to the number of cameras in the crowd. When hundreds of people are periscoping practice, expect NFL teams not to show much. In years past the Panthers would give a really nice all out scrimmage for a few series. Technology appears to have done away with that luxury.

Kelvin Benjamin was again the highlight machine of practice.

Benjamin took on corner Josh Norman and burned him for a touchdown strike in the back of the end zone.

NFL officials were on hand, also getting in their practice reps for the regular season.

Greg Olsen made a nice one handed grab in the end zone, much to the delight of the fans.

Newcomer TJ Heath made some really nice breaks on the ball. For a guy that was at home just a few days ago, he is fitting right in and even making a name for himself. Could he be this year’s Fozzy Whitaker?

Cam Newton was sure to keep the fans loud with his noise meter.

During 1 on 1 offensive line vs defensive line drills, Trai Turner once again man handled Kony Ealy. Ealy, while laying on the ground would not let go of Turner’s jersey. Turner appeared not to care for that as there was some light shoving once Ealy was on his feet again.

David Foucault got in on the pancake action as well, administering one on Rakim Cox. This is the first pancake I have ever witnessed from Foucault. Is he improving?

Other plays of note included a Robert Lester interception and a Mike Brown touchdown after a tipped ball intended for Corey Brown. Lester and Brown are on the bubble this season to make the team. These two plays certainly didn’t hurt their cause.