Looking for some new Sci/Fi or Fantasy novels. 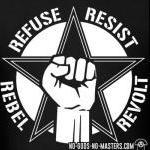 Thanks Kurb! Just to bump this thread... I finally read Rothfuss' The Slow Regard For Silent Things. Great, cute book and a fast read.   Currently reading Abercrombie's First Law trilogy and str

Interesting, I never got anything out of holding a book and flipping a page.  I was glad once I was able to carry around every book I own in one hand.     In any case, it was just an observation, to

Ender's Shadow is a decent read, it's from Bean's point of view. Idk about the others. I also thought the ending was anticlimactic, but appropriate. I haven't been reading much sci-fi lately, but I