Cam Newton is Darrell Waltrip; and, Six Things to Do to the Falcons

By PhillyB,
December 10, 2015 in Carolina Panthers

NASCAR used to matter. Back when glam bands were in and nobody had heard of the internets and Lee Atwater was laying the groundwork for a Donald Trump candidate, stock car racing was on a meteo

The Waltrip comp is actually a pretty good one and I will be the first.one to man up.and admit I was actually at the race you referenced. 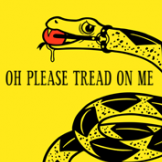