Matt Rhule on Sam Darnold and the QB Situation 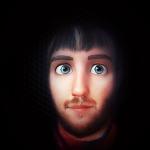 By methodtoll,
May 2, 2021 in Carolina Panthers

"I'm really excited to coach Cam Newton." I don't put a ton of stock in Rhule's public comments about the quarterbacks. By his actions, he'spushed all his chips in on Darnold. Let's hope tha

Exactly the right mindset to be passing on to Sam and to all of us. Take the pressure off and just let him/help him grow. It's not "do or die". It's just "learn to live".