By Malt Liquor,
May 2 in Carolina Panthers

40 because likes to drink them

See, this is why it was dumb to let WRs start wearing single digits. 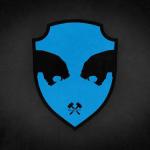