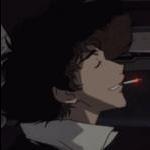 By Rags,
September 19 in Carolina Panthers

losing 2 olinemen threw things off for sure, but darnold looked trash for most of the second half that pick was just idiocy

Lol fans making excuses for winning.  What kind of crap is this? fuging loser mentality. We were dominant when we needed to be. We kicked ass and we'll keep on doing it. Jump on board a

Does anything make some of y’all happy? We just DOMINATED the Saints. What more do you want from this team?!